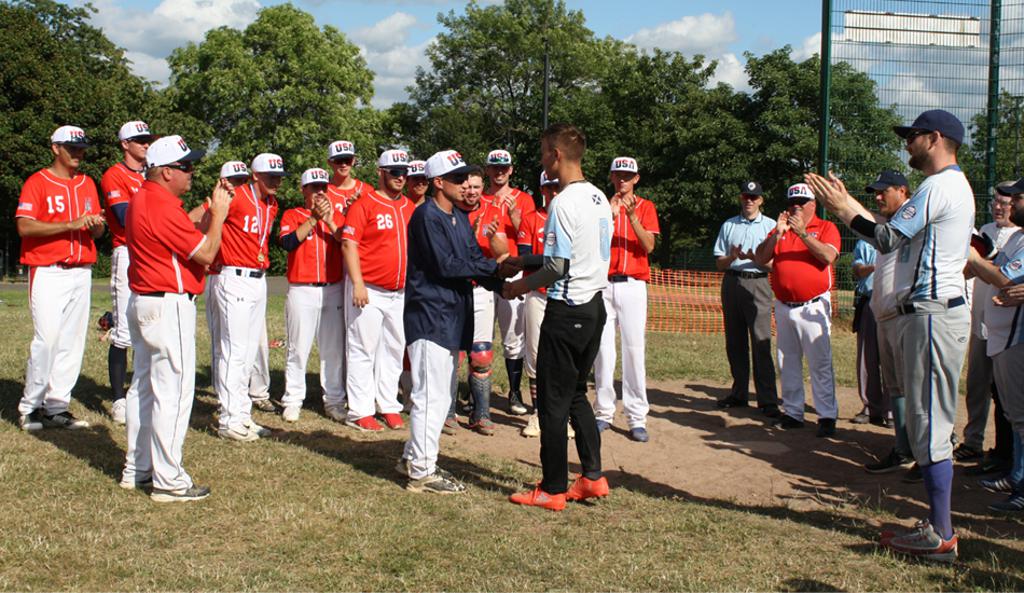 CJ Cummings (University of Mary Washington, VA) was voted Defensive MVP. Cummings, who saw duty as catcher, first base, third base, DH, and pitcher, led the team in nearly all defensive dimensions, notably a 1.000 FPCT and 3.62 Defensive Range Factor.

Drew Ventrelle (University of Chicago, IL) was the recipient of the True Grit Award as the athlete who best demonstrated the qualities of courage, determination and perseverance and what people can do went they want something bad enough. Ventrelle played the hot corner and led the team in runs scored (26), sacrifices (4), tied for walks lead (11), and reached base a remarkable record 14 times on errors.