Melendez a Finalist for the AAU Sullivan Award

ORLANDO, Fla. (November 22, 2022) – Five athletes, each at the top of their respective sports, have been named finalists for the 92nd AAU James E. Sullivan Award.

The athletes, voted as top finalists from an initial group of 19 nominees, are listed alphabetically:

The AAU James E. Sullivan Award has been presented annually since 1930 to the most outstanding athlete at the collegiate or Olympic level in the United States.

In addition to athletic excellence, the AAU Sullivan Award aims to recognize the qualities of leadership, citizenship, character and sportsmanship on and off the field.

Jocelyn Alo is NCAA Softball’s all-time home runs leader, with 122 home runs in her legendary career, finishing her time on campus with a record three 30-plus home run seasons. The native of Hau’ula, Hawaii helped Oklahoma to back-to-back national titles in 2021 and 2022. In both seasons, Alo was named USA Softball and Big 12 Collegiate Player of the Year.

Ivan Melendez, quite simply, was the finest player in college baseball in 2022. After leading the University of Texas to the College World Series in 2021, the El Paso, Texas native returned to school and hit .387 with 96 hits, 94 RBIs and 32 home runs, winning the Golden Spikes Award and the Dick Howser Trophy, issued annually to college baseball’s player of the year. He is nicknamed “The Hispanic Titanic.”

Carissa Moore is a five-time World Champion and two-time Triple Crown of Surfing champion, but may be best remembered as the first Olympic Gold Medalist in the women’s short board event at the 2020 Tokyo Games. The Honolulu, Hawaii native grew up surfing in the same bay as the legendary “father of surfing” Duke Kahanamoku. She was inducted into the Surfers’ Hall of Fame in 2014 and is the first surfer in history to win a World Surf League title and Olympic gold medal in the same year.

Bryce Young is the first Heisman Trophy winner to also be a Sullivan finalist since Tim Tebow in 2007 -- only three athletes have won both. The native of Pasadena, California became Alabama’s fourth Heisman Trophy recipient since 2009, as he led the Crimson Tide back to the national title game. He was recognized as college football’s Player of the Year by the Associated Press and The Sporting News, and also won the Maxwell Award, which recognized college football’s top player, in 2021.

“It’s an honor to announce this incredible class of finalists, each of whom positively represent their sport,” said J.B. (Jo) Mirza, AAU President. “The AAU is one of the largest multi-sport organizations in the world, and we’re proud to provide an inclusive platform that allows athletes of all sports to compete for the AAU Sullivan Award.”

This year’s winner will be announced on Thursday, December 8, 2022.

ABOUT THE AAU:
The Amateur Athletic Union (AAU) is one of the largest, non-profit, volunteer sports organizations in the country. As a multi-sport organization, the AAU is dedicated exclusively to the promotion and development of amateur sports programs. Founded in 1888 to establish standards and uniformity in sports, the AAU philosophy of “Sports For All, Forever” is now shared by more than 720,000 members and 150,000 volunteers across 45 sports pro­grams and 55 U.S. districts. For more information, visit www.aausports.org. 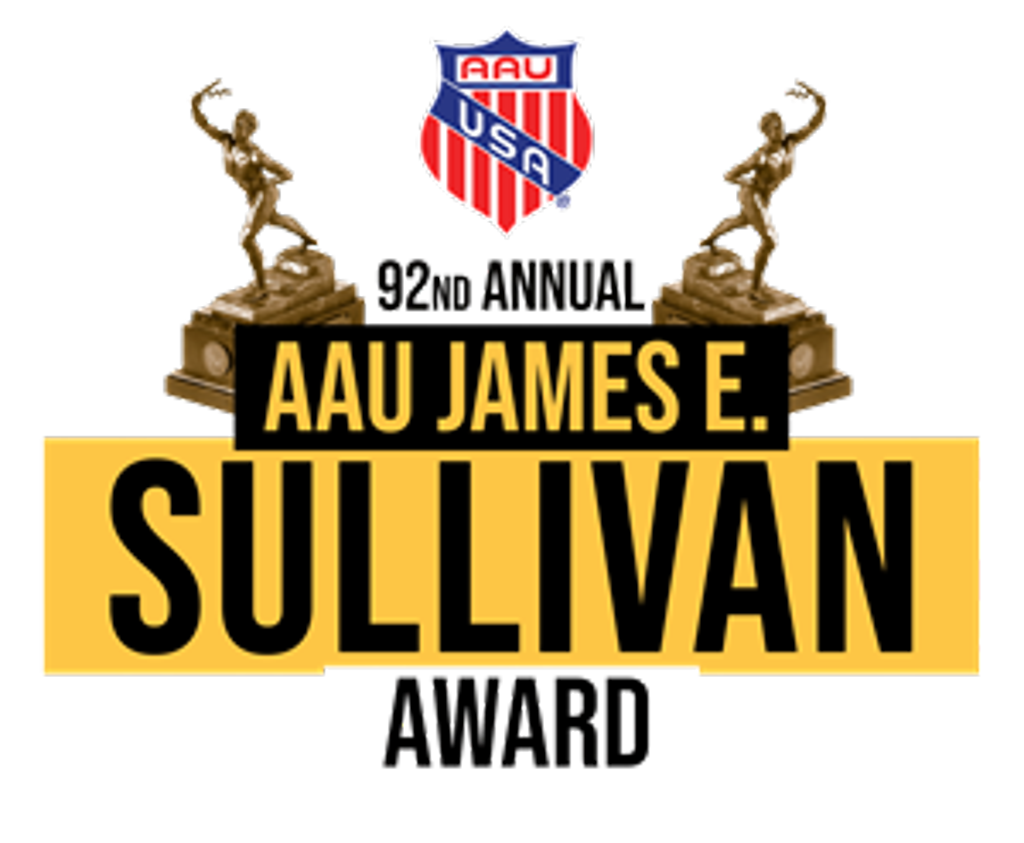